A ring route excursion that, parting from San Giovanni, reaches the viewpoint of Monte Nuvolone by passing through some mountain hamlets of Bellagio and a suggestive stretch of the ridge of the Lariano Triangle. The excursion is not difficult but requires good training. The paths are well marked with directions and travel times, and we recommend starting with a supply of water, food and hiking shoes. We can reach the hamlet of San Giovanni by lake (Navigazione Laghi) only in the summer, while the bus (C30 ASF autolinee) service runs all year round. Before leaving, we recommend a visit to the Archpriest Church of San Giovanni, a baroque gem on the shores of Lake Como.

We head up among the houses of this ancient fishing village in the direction of Cagnanica, and after the heliport the asphalted road turns into a path and then, upon reaching the Mulini del Perlo, we can continue on path n.1 to Brogno. We enter a chestnut forest where the uneven ground and the slopes make themselves felt, and after a beautiful staircase we arrive at the Begola huts, and in no time at all we’ll have reached Brogno. We walk along a beautiful pasture and on the right near a gate we can find the indications for the Belvedere del Nuvolone (Path 39). After a short stretch on a slightly flat slope, we turn left and resume climbing following the signs on the rocks, and here we recommend caution in the final section (under the belvedere), which is the steepest point of the excursion.

From the Nuvolone belvedere the view is magnificent, and just a short distance away we can find another panoramic point above Bellagio. Upon reaching a ruin, we then turn left ignoring the directions for the top of the mountain. We must descend carefully along a rocky spur, moving alongside the cave of the Madonna dei Fungiatt (protector of mushroom hunters), and in a short time we’ll reach Roccolo on the Nuvolone pass. From Roccolo, we’ll follow the path to the left that reaches the carriage road to Paum, and upon reaching the mainroad we turn left and descend until we cross path 1A for Bellagio. Skirting along Rovenza from above while passing through one of the oldest paths of the Lariano Triangle, we then leave the woods through the clearing of Gravedona, and then near the temple we can see the path that takes us back to Brogno. 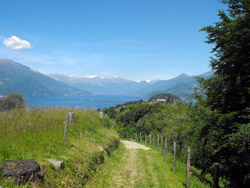 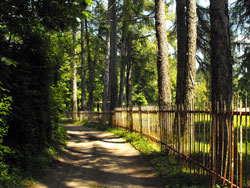 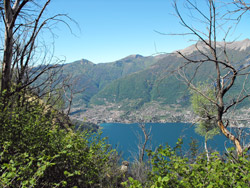 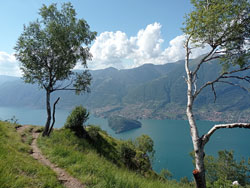 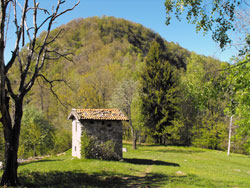 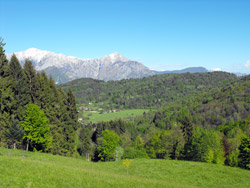 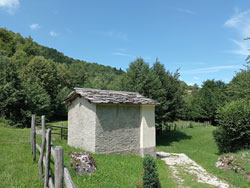 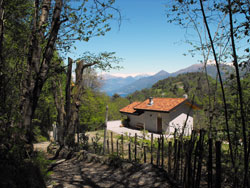