The Strada Regia from Brunate to Bellagio

The centuries-old Via Regia path once connected Como to Bellagio by passing through the villages on the right bank of the western branch of Lake Como. According to some historians, Pope Urban II, directed by the Council of Clermont Ferrand to support the First Crusade, even traveled the path in 1095. The first official documents mentioning the Strada Regia date back to the 16th century, and in fact in 1721 a map of the route was included in the Teresian Catasto (Duchy of Milan), which had been commissioned by Charles VI of the Habsburg dynasty. At the beginning of the twentieth century with the construction of the Provincial Road 583, which in many of its stretches precisely traced the old road, the Strada Regia fell into disuse thanks to the beginning of the motor vehicle era taking over the streets due to these changes.

From 2002 to 2006 the Mountain Community of the Lario Triangle, with the help of the Como Archaeological Society restored the ancient mule tracks, thus creating a splendid trekking route of about 36 kilometers from Brunate to Bellagio, which can also be covered in the opposite direction. The Strada Regia crosses the municipalities of Brunate, Blevio, Torno, Faggeto Lario, Pognana Lario, Nesso and Lezzeno.

In this guide we have divided the route into three stages, the first stage from Brunate to Torno, the second from Torno to Nesso and the third from Nesso to Lezzeno. In all the towns, there is the possibility of refreshments and overnight stays, and by covering one stage at a time we can return to the starting point with the ASF C30 bus lines (Como - Bellagio) or by sailing the waters of the lake with the boats of the Lakes Navigation Authority.

The hike on the Strada Regia is not particularly difficult, and is instead easily doable at any time of the year, keeping in mind to avoid the hottest days of summer and snow in winter. We recommend caution on the trails, trekking shoes, appropriate clothing and a good supply of water. The route ends near the Devil's Bridge on the municipal border between Lezzeno and Bellagio, where nearby there are also bus stops for Como and Bellagio. We do not recommend heading to Bellagio on foot along the Provincial Road 583, considering that it is about two kilometers of walking on a busy road with high traffic without any sidewalk. 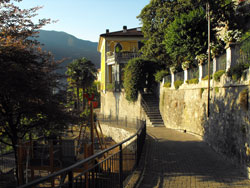 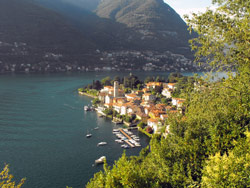 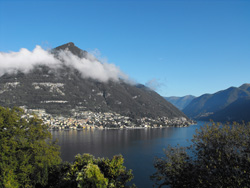 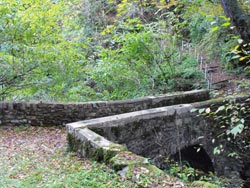 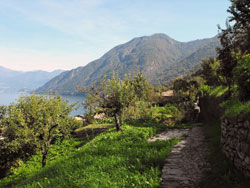 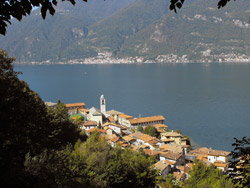 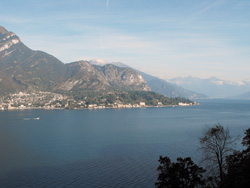 From Brunate to Bellagio

From Brunate to Torno

From Torno to Nesso

From Nesso to Bellagio