Gravedona is among the greatest artistic centres of Lake Como. Of pre-Roman origin, Gravedona was a prosperous town in the Middle Ages, allied with Milan during the ten year war. In the 1500s it was the capital of Lake Como's Tre Pievi Superiori, then was passed as a stronghold to Tolomeo Gallio, it always managed to keep a certain autonomy even under the lordships of the Visconti and the Sforza. A peculiar pride of Gravedona was the art of goldsmith merit above all of the Sergregori family. In the past, the town's economy was based on fishing, agriculture and cattle breeding. Today Garavedona is an important commercial and a summer vacation centre. Among the buildings stands out that which once belonged to the Cardinal Tolomeo Gallio, called the palace of the four towers, a strong architecture and elegant ensemble designed by Pellegrini in the late 1500s.

Among the Gravedona mountains a panoramic road climbs to Livio, at 665 metres, passing through Peglio, with a Parish House adorned by distinguished works of art among which are Flemish paintings and those of the Guercino school. From Peglio you can proceed toward Livio from where a path for Rifugio Como (Como Shelter) at 1790 metres begins, on the banks of the Darengo lake. The most famous monument of Gravedona is the church of Saint Maria of Tiglio (Saint Mary of the Lime Tree), originally a baptistery (5th century) transformed into a Romanesque church between 1150 and 1175, covered with white and grey marbles, and partially Nordic architectonic characteristics. We commemorate the church of Saint Vincenzo built around 1050 on a previous 5th century chapel, it was reconstructed between the 17th and 18th century. It conserves of the ancient structure, the crypt and two 6th century inscriptions. 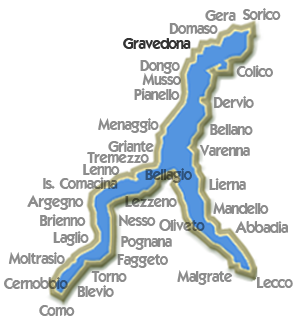 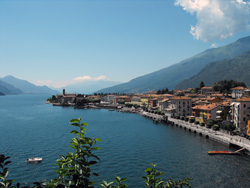 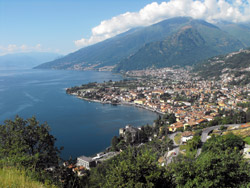 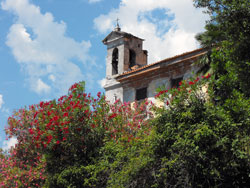 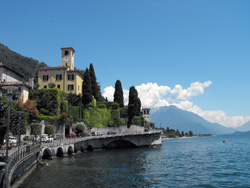 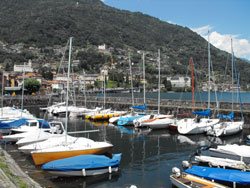 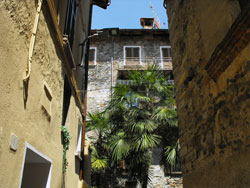 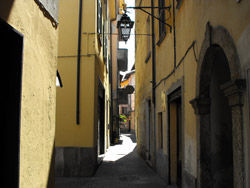 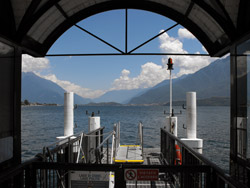