The Sentiero del Viandante from Abbadia Lariana to Morbegno

The Sentiero del Viandante travels halfway up the eastern part of Lake Como, with the journey beginning in Abbadia Lariana and ending in Morbegno, crossing through the villages of Mandello Lario, Lierna, Varenna, Esino Lario, Bellano, Dervio, Dorio, Colico, Piantedo, Delebio and Cosio Valtellino, as well as touching the provinces of Lecco and Sondrio. The presence of the railway line (FNM) along the entire route is extremely helpful, with which we can easily reach the path from the stations and after having traveled the full journey we can head back to the starting point comfortably by train. Over the centuries the paths of these areas were known by different names: via Ducale, strada Regia, Scalottola, strada Napoleona.

The name "Sentiero del Viandante" comes from the 1992 Tourist Promotion Agency of Lecco, which rendered the paths safe and secure by connecting them in a single path and inserted all the helpful direction signs. The direction arrows are metallic, of orange color, with the inscription Sentiero del Viandante and the logo of Lake Como.

The overall length of the Viandante path is about 68 kilometers, a few more kilometers if you choose the high variant in the 2nd stage from Lierna to Varenna. To make everything a bit easier and to allow you to enjoy this these beautiful sites in total tranquility, the route is divided into six stages, and you can easily divide the route in a different way or carry it out in the opposite direction without problems.

The first stage kicks off from Abbadia Lariana and finishes at Lierna, the second with the two variants (Alta and Bassa) from Lierna to Varenna. The third stop from Varenna to Dervio, the fourth from Dervio to Piantedo and the last the longest from Piantedo to Morbegno. The excursion of "Sentiero Viandante" does not present a whole lot of difficulty, and it’s something that can be done—weather permitting—in every season of the year, however the best time is at the beginning of spring with those cool days and the vegetation still quite low.

We recommend sportswear and trekking shoes. Wishing you a good excursion, we remind you to go with caution on the paths and maintain a respect for the nature, places and people you will meet along the way. 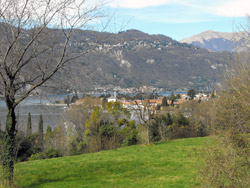 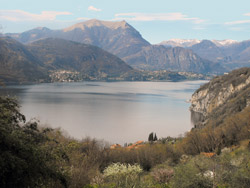 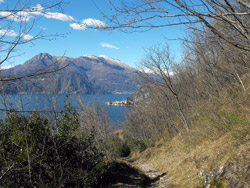 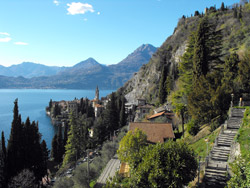 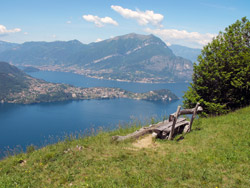 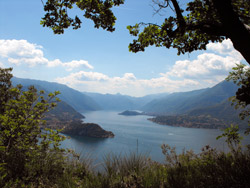 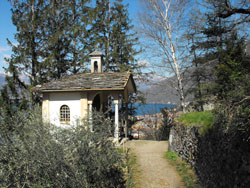 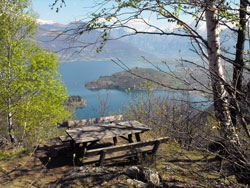