Argegno is one of Lario's most frequented places, as a place to stay as well as to stop in to visit. Actually from here a road travels the Valle d'Intelvi (Intelvi Valley), which connects Lake Como with that of Lugano. Argegno is 20 km. from Como, from which can be reached by travelling the statale (state road) Regina, which takes its name from the ancient Roman via Regia that lead to Chiavenna and to Coira, and follows its route. The valley is full of towns and includes noted tourist localities such as Castiglione, St.Fedele and Lanzo, as well as calm and relaxing villages. Points of exceptional beauty are Belvedere (Terrace with a view) di Pigra, towards Lake Como, and Belvedere di Lanzo, towards Lugano's lake.

Very picturesque is the ancient village of the town which, having crossed the Telo torrent, is divided into two parts connected by an old, pointed-arch stone bridge. The town's Roman origin is testified to by a few discoveries of gravestones, the inscriptions of which refer to the consul Publio Cesio Archigene. Argegno has since ancient times been a fortified centre, its strategic position played a fundamental role in the course of the war between the Rusca and the Vittani, in 1335 it surrendered together with all the towns of Como to the Lordship of Milan and became property of the Visconti.

From Argegno you can climb in the cableway to Pigra (881 mt) located on a plateau from which a beautiful panorama of Lake Como can be enjoyed. The Santuario di S. Anna (St. Anna Sanctuary), an 18th century building, which conserves in its interior stuccoes and frescos of the 1700s, is a must-see. Every town of the valley offers us with something from the artisan ability point of view, which often is elevated to a downright work of art. Among its most famous artist families should be mentioned the Carloni of Scaria, the Solari of Verna, the Quaglio and Barberini of Laino, and Bregno of Osteno. 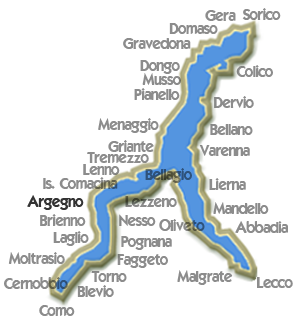 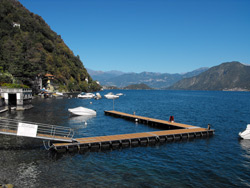 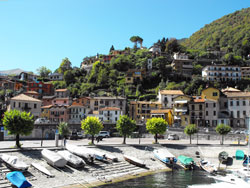 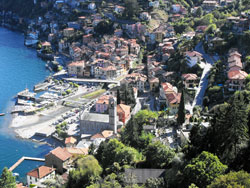 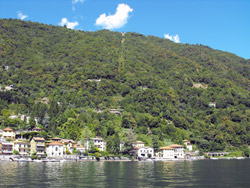 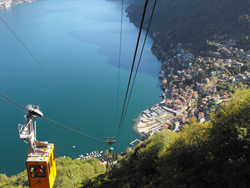 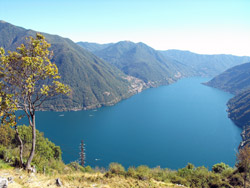 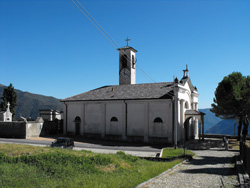