Dongo is an active centre of the north-western Lario. The most ancient inhabited nucleus rose up in a raised position where the village of Martinico is found, later the centre expanded into the plain crossed by the Albano torrent, where the industrial zone developed. Since 1400, furnaces have been operating to work the iron extracted from the mines of the Valle Dogana (Dogana Valley), the iron industry is flourishing yet today. The village enjoys an amazing view extending to Bellagio to the south, and towards Gravedona and the extremity of the Lake Como to the north.

The panorama is always incredibly vast: wonderful sunsets, when the Mesolcine Alpine foothills take on rosy and violet luminescences, while the lake and the forests are already covered by semi-darkness. Among the buildings stands out the neoclassic Manzi, today town hall and site of the Museum of the end of the War (Resistance Museum), a building realized by Pietro Gilardoni (1824), a student of Pollak, the interior of which is sumptuously decorated with frescoes of the school of Appiani.

Near the bridge on the Albano we find the Santuario della Madonna delle Lacrime (Sanctuary of Our Lady of Tears) dating back to the 1500s, a Madonna venerated as being miraculous. Following on to the left of the Town hall, is the Romanesque church of Saint Maria of Martinico (St. Mary of Martinico), built between the 11th and 12th centuries, inside of which is a nave closed by a semicircular apse, among the sacred furnishings, a processional cross in gilded silver of Francesco di Gregorio of 1513. Uphill from the church, a 30-minute walk through the village of Barbignano, leads to the Santuario di Saint Gottardo patron saint of Dongo, inside of which is a piece by Gian Giacomo Barbelli. In Dongo the last act of the fascist regime's life had its beginning on April 27, 1945 with the capture by Mussolini's patrol and the execution of 15 ministers and hierarchs. 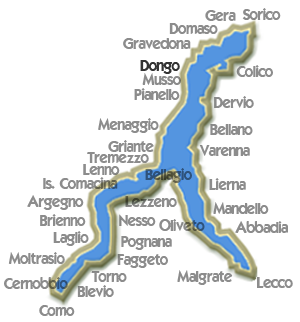 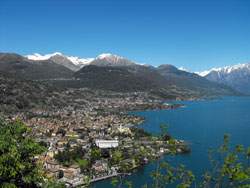 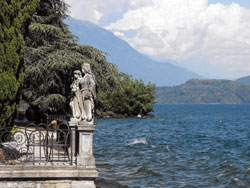 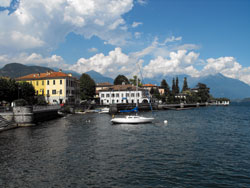 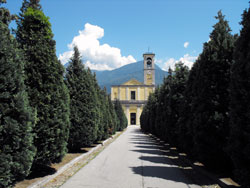 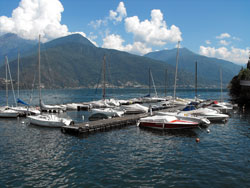 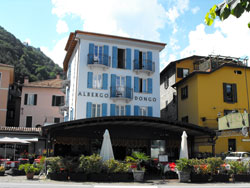 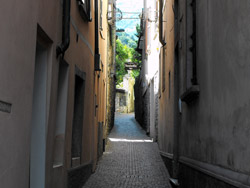 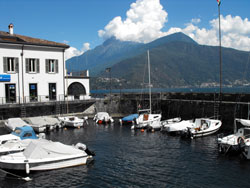