An easy loop excursion that from Torno reaches the mountain towns of Piazzaga and Montepiatto to the discovery of Trovanti, some of the Massi Avelli and of the Pietra Pendula. The erratic boulders, also called 'Trovanti' are native granite rocks of the Val Masino transported to these areas by the glaciers of the Quaternary Era. The mysterious Massi Avelli are tombs excavated in granite, supposedly done by the Lombards between the 5th and 6th century, while the Pietra Pendula is an enormous gravel boulder resting on a narrow limestone base, with a unique mushroom shape. The excursion isn’t very difficult, it begins and ends at the Torno harbour which is reachable by boat (Ente Navigazione Laghi) or by bus (Autolinee ASF C30). Before starting out, we recommend visiting the church of Santa Tecla, located very close to the harbour, which holds some splendid 15th-century frescoes by Bartolomeo de Benzi.

From the harbour we climb the staircase towards the village of Torno, we cross the provincial road and travel along Via Tridi following a short stretch of the Strada Regia, to turn right at the next crossroad, onto the mule track toward Piazzaga. The path climbs into the woods alternating between nice level ground and stepping stones, to our back some amazing views of Lago di Como open up, and after having walked along the Campione’s stone walls, we reach the ancient Porta di Travaina (13th-14th century). Once we arrived at the Travaina bridge, we turn left onto the path of the Massi Avelli, we come across, in order: Avello di Cascina Negrenza, Avello di Negrenza and Avello delle Piazze.

We head back on the main path, being careful to not lose our way, and climb a beautiful stairway to arrive at Piazzaga. At the crossroad at the top of the town we follow the arrows to the right for Montepiatto. Once out of the woods, we come across the street that leads to Montepiatto. At the entrance to the town, we find a rest area with a fountain and directions to Pietra Pendula and the church of Santa Elisabetta. We reach Pietra Pendula by travelling the Sentiero del Bosco, and from there arrive shortly at the sacresty of the church of Santa Elisabetta where we enjoy a magnificent panorama of Lago di Como. We head down toward the houses of Montepiatto using the Scala Santa to then turn right at the crossroad onto the path that descends to Torno and the harbour. 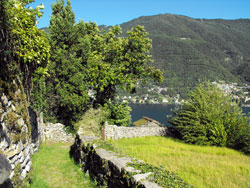 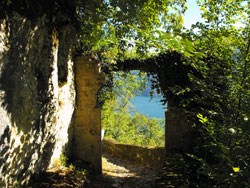 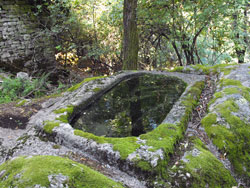 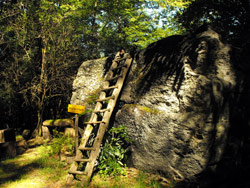 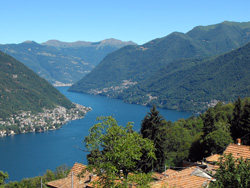 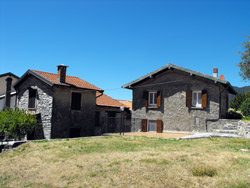 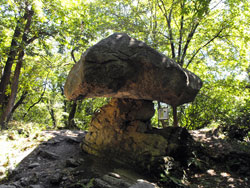 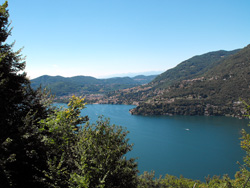 From Dongo to Sasso di Musso

From Bellagio to Monte Nuvolone