An easy loop through Parco Regionale Spina Verde, the walk isn’t difficult, as it stretches across paved roads and well-marked paths, passing through panoramic points and places of historic-archeological interest. Parco Spina Verde is truly a natural treasure just a stone’s throw from downtown Como, There are numerous paths and places to visit; we suggest using the itinerary proposed in this guide as an inspiration for future, follow-up trips. The hike begins and ends at the San Giovanni train station, you can easily choose another starting point, or hike the loop in the opposite direction. We advise setting out with a good supply of water and wearing hiking shoes.

We head down the stairs across from the San Giovanni train station and turn left onto via Borgo Vigo after passing the “Le Mani” monument, then, at the roundabout we pass under the train bridge. Carefully we travel along via Bixio, after the small bridge, we turn left along the stairway which climbs onto Via XXVII Maggio, and alternate between the paved road and a few shortcuts through the woods until reach the town of San Fermo.

Near the Compagnoni bakery we find the beginning of the Parco Spina Verde Path (Sentiero 1), and shortly thereafter arrive at the panoramic Costa di San Fermo. Continuing the climb up a stone stairway, and after a stretch we arrive at a lovely overlook (Monte Croce 520 m). When leaving the amazing views of Como and of the Lario’s main basin, we follow the signs for Croce di Sant'Eutichio.

Coming down from the bluff, we turn right at the first crossroad along the road for the Archeology Path (Sentiero 11) where we can admire the ruins of the protohistoric town of Pianvalle which dates back to the 10th century B.C. and not far from there the Rock of Pianvalle, a large sandstone covered with engravings. We pick back up our hike toward Respaù, and walk along the Parco delle Rimembranze, and at the junction turn left onto Sentiero 10, toward Castello del Baradello. We climb into the woods and shortly arrive the foot of the Torre del Baradello (12th century), after a break we follow the path the steeply climbs toward downtown Como. Walking along via Regina we recommend a visit to the Church of San Rocco (14th century) and to the Basilica di Sant'Abbondio (11th century). 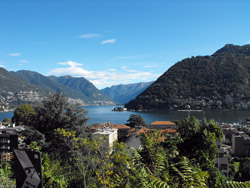 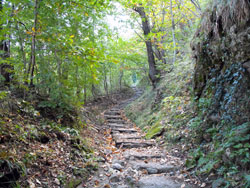 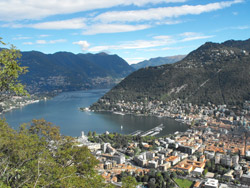 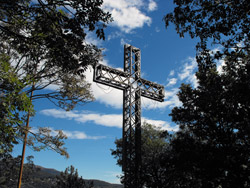 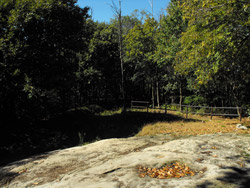 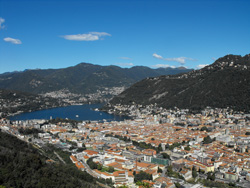 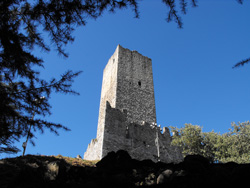 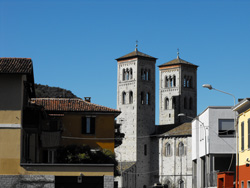 From Gravedona to Gera Lario

From Vassena to Civenna