Como is the city which gives the name to the entire lake, of which it occupies the extreme south-west edge. It is actually its most important centre for art, transport and economy. History tells us that this area, before being conquered by the Romans in 196 B.C., it was inhabited by Orobi (a Celtic tribe) and Comenses. Consul Gaio Scipione, brought three thousand settlers, others then followed, bringing new activities such as olive and vineyard cultivation.

The inhabited centre was transferred and repopulated on the lake's shore, it gradually expanded and was enclosed by city walls and enriched with temples, courts and villas. After the fall of the Roman Empire, Como suffered the barbarian invasions, knew the feudal regime and the subsequent flourishing of the commune life, until the Spanish and Austrian dominations. They overcome the Risorgimento period with heroic episodes like the cinque giornate by Milan (five days) of 1848.

Como was the native land of famous men: the two Plinii in Roman times, the Giovi during the Renaissance, and Alexander Volta in modern times. In a isolated position, half-way between Como e Brunate stands the Ermo di San Donato, built in the 15 th century by the Benedictine fathers, and a sculpted altar, frescoes from 1400 and terracotta statues are conserved.

A visit to the city, at least for that concerning the historical city centre, can be done only by foot, since automotive traffic is prohibited. Arriving by train to the Como Lago station, you can easily admire all of the marvels of the city going by foot. The visit to Como, therefore, becomes even an interesting testimony of how it is possible even today, to operate at a city planning level in historical centres, without distorting them, while making the most of their historical roots of a community. 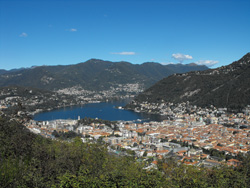 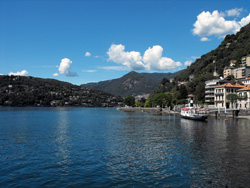 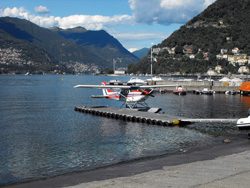 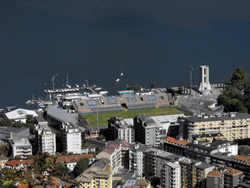 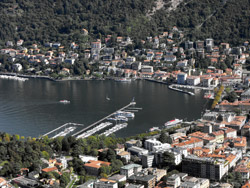 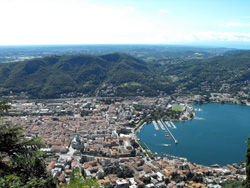 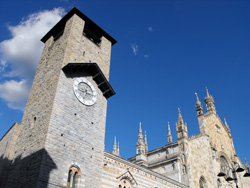 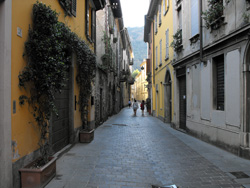