This is a magnificent excursion that, beginning from Sueglio (745 m) and reaching the top of Mount Legnoncino (1711 m), passes through the gunboats (1210 m) and the trenches of the Roccoli Artesso Group (1325 m), posts that were built during the First World War and fortunately never used. The route does not present difficulties but requires some good training. Along the way, we come across two lodges (Bellano tel. 349 5641087, Roccoli Lorla tel. 0341 875014) and some fountains. In the first part of the route there are only a few indications, while from Artesso to the summit of Legnoncino the paths are well signposted. We set off for the departure at the town hall of Sueglio near the bus stop (Lecco Trasporti line D25) and some car parks.

We go up through the alleys of Sueglio, admiring this splendid village suspended halfway up the mountains of Lake Como, and after reaching the top of the village we can follow the pathto Loco Tocco (920 m). On the climb we cross the carriage road several times, reaching the beautiful huts and the manicured meadows of Loco Tocco and then reentering the woods andcontinuing to climb a steep path. Leaving the woods, we must turn right onto the asphalt road, and after a slightly downhill stretch we’ll go up to the lake of Artesso, cutting through two large hairpin bends. On the shore of the lake, we’ll find a fountain and a rest area with some tables and benches, not far away from where the path of the gunboats of Artesso beginswith the descriptive signs of the military stationings in the area.

We then leave again in the direction of Roccoli dei Lorla, shuffling along the Bellano lodge (a former military barracks) and later reaching the trenches of the Alto Lario Defense System. We’ll continue to climb accompanied by splendid views of the Piona peninsula, and after passing the caves of the Military Observatory we find ourselves a short distance from the Sella del Legnone (1450 m). Arriving at the pond, we can can make a stop at the Roccoli Lorla lodge and refresh ourselves at the fountain, and then after the break we’ll pick up the journey on the military path of Mount Legnoncino. The path climbs following some wide hairpin turns, and after we’ve passed a larch forest we arrive at a clearing with a magnificent view of the Alto Lario, the Pian di Spagna and Lake Mezzola. We’ll reach the small church of San Sfirio and with added caution, following a path between the rocks, we soon arrive at the cross on the top of Mount Legnoncino at 1711 meters above sea level. 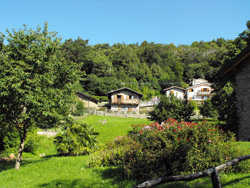 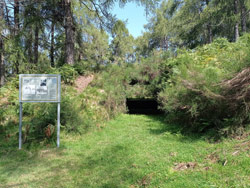 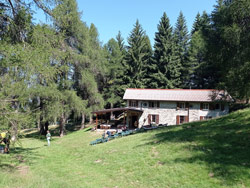 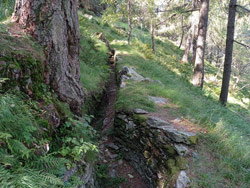 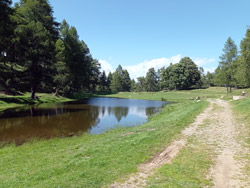 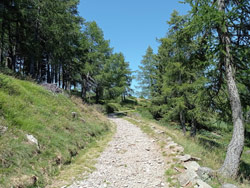 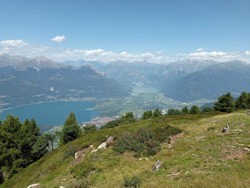 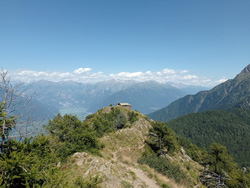 From Bellagio to Monte Nuvolone