In Varenna, Lake Como becomes majestic: the tip of Bellagio juts out in the centre, on the coast the towns of Cadenabbia, Menaggio, and Acquaseria are spread while northward the enormous azure mirror seems to lap the gigantic terraces of the Mesolcina chain. The village of Varenna is articulated in a reticulum of alleys that steeply descend towards Lake Como, where the houses reflect on the water as they do in certain areas of Liguria.

In the Middle Ages, Varenna, of a prehistoric origin (Gallo-Roman remains have been found there), attained communal freedoms. During the ten year war it fought against Como and it sided with Comacina Island whose Shelteres it welcomed after its destruction. Varenna was already famous back then for its white-black marbles.

Not far from the church of Saint Giorgio, along via IV November is the entrance of the neoclassical villa Isimbrandi or dei Cipressi (of the Cypresses), now Hotel Villa Cipressi with garden and terraces connected by a staircase. A little farther ahead is the entrance of Villa Monastero, a name that derives from the original intent of the building - a place of spiritual retreat for Cistercian nuns of Santa Maria Maddalena (St. Mary Magdalene); among the renowned sculptures must be mentioned the clemenza di Tito (Clemency of Titus), the unfinished final work of G.B. Comolli (1830).

An interesting trip is one near the village of Fiumelatte (river of milk), called so because of the white foam of the seasonal torrent which gushes out only in the Spring from a cave and which, after a short distance flows into the waters of the Lake Como. We recommend from Varenna, a trip to Esino Lario (913 mt), called the pearl of the Grigne thanks to its splendid position, from the road for Esino a short deviation reaches the Vezio Castle at 383 metres, tower of a medieval castle, dwelling of the Lombard Queen, Theodelinda. 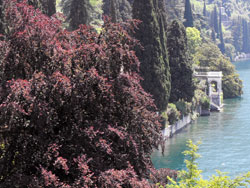 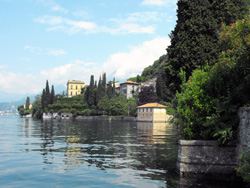 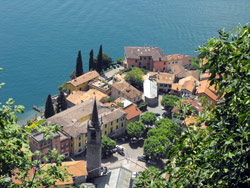 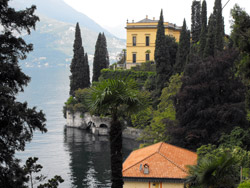 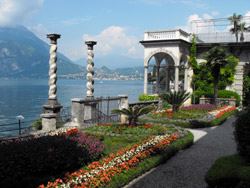 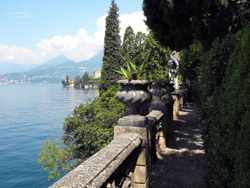 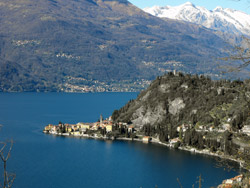