Church of Saint Stefano in Menaggio

The parish churches of Santo Stefano, stand in the village of Menaggio where at one time passed the regal road, a stone’s throw from Lake Como. In 1618, atop the previous Romanesque buildings, work was begun to construct the church, which was changed in orientation moving the facade toward the lake.

The church was expanded and develops lengthwise along three naves, and six side chapels. The work was carried out thanks to donations from the wealthy Calvi family of Menaggio.

The frescos inside the church of St. Stefano are the work of Luigi Tagliaferri (1841-1927) prolific artist, from a family of artists originally from the Lecco area. The beautiful painting by Bernardino Luini (1481-1532), portraying: The Madonna with The Child and An Angel, was located in the Chapel of the Rosary. Later it was given over to the Austrian Governor Carlo Firmian in exchange for the passage from Tremezzo to Menaggio. Today there is a copy of the famous painting on display in the church, the original is found in the Louvre Museum in Paris.

The four, exquisitely-crafted, 17th-century, wood-inlaid confessionals, are very likely the artistry of woodworker Maggi. The silver processional cross of 1539 and interesting paintings from the 16th and 17th centuries are worth pointing out.

The bell tower, with a square design and a copper-covered dome, was built in the 19th century. The five bells were crafted by the prestigious Giorgio Pruneri Company in 1901, and is very likely Lake Como’s best concert in C Major. 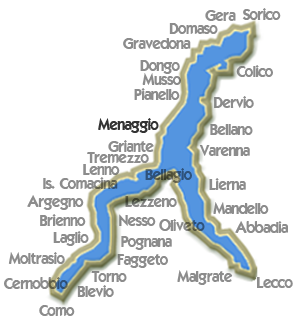 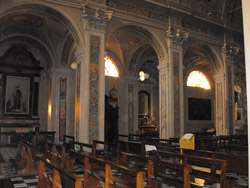 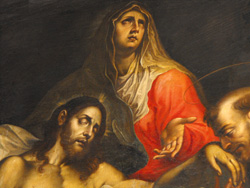 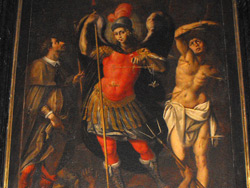 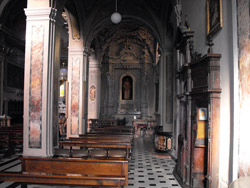 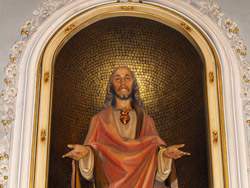 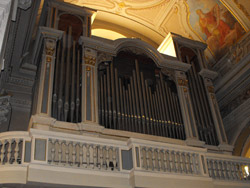 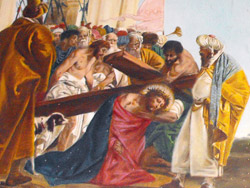 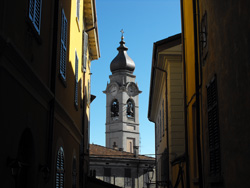 In Pianello the International Museum of Vintage Boats is definitely worth a visit, set up in an old spinning mill which houses over four hundred boats that recount two millennia of nautical history here on Lake Como, a unique exhibition.

In Griante stands the ancient church dedicated to Saints Nabore and Felice, while with a short excursion it is possible to reach the church of San Martino suspended on the homonymous stone in a splendid panoramic position.