The church of Saint Lorenzo is located on the lakeside of Abbadia Lariana, a few steps from the waters of Lake Como. Built in the thirteenth century by the Order of the Servite Fathers, the church was built on the ruins of the ancient Benedictine abbey, dedicated to Saints Vincent and Anastasius. The one nave building was small in size.

In the eighteenth century the church was named after Saint Laurence. In 1888 it was enlarged and completely renovated, two naves were added to the sides of the building, the walls were expanded and the ceiling was raised, in 1915 the interior was frescoed by the painter Luigi Tagliaferri (1841 - 1927). At the centre of the vault Tagliaferri painted the martyrdom of Saint Lawrence, are clearly visible the angels that raise the Saint to Heaven. On the pillars that hold up the vault are showed the twelve apostles, other beautiful frescoes can be admired in the apse-conch and above the organ.

In the choir of the parish, fully paved with pink marble, the Main Altar is placed. It is a fine wooden monument of the seventeenth century; at the sides of the altar there are two paintings by Buzzoni depicting the life of St. Lawrence. Of great interest are the two large paintings on the sides of the front door of the parish. Two paintings of the seventeenth century depict the devotion to St. Augustine. Recent ceiling and interior restoration works have contributed effectively to the conservation and preservation of this remarkable building.

Next to the church of St. Lorenzo is still visible the ancient Benedictine Abbey Cloister, near the park of the Broken Church you can see some remains of the original parish church dedicated to St. Lawrence. 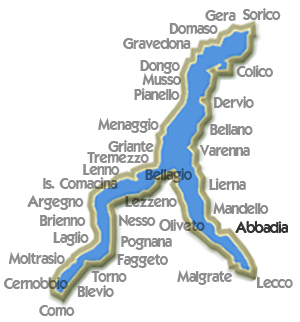 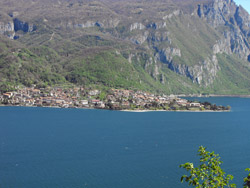 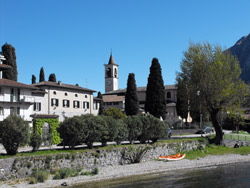 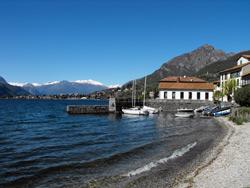 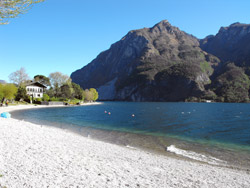 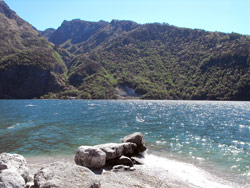 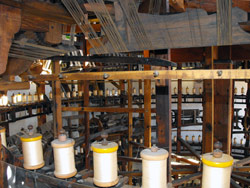 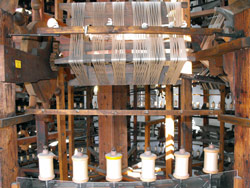 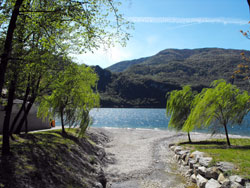 Lecco's fame is connected above all to Alexander Manzoni who, as a child, lived in the 18th-century villa of Caleotto (Manzoni Museum), and here was inspired when writing many pages of his book I Promessi Sposi (The Betrothed).