The characteristic Medieval village of Corenno Plinio is found in the town of Dervio, stands atop a stone spur overlooking the waters of Lake Como. Through the centuries, the town grew beyond the Castle walls, the houses placed one against the next, connected by small alleys and rock stairwells leading to the lake. When you visit these places, time seems to stand still; every stone tells a story. The charm of the panorama and grace of this territory render Corenno Plinio a village unique to the world.

The first official documents testifying to the presence of a castle owned by the Andreani Family in Corenno Plinio date back to 1271. In the 14th century, the Corenno estate passed to the Visconti Family, then to Malacridas and then in 1450, on to Francesco Sforza, Duke of Milan. In the 17th century during the Spanish occupation, the castle walls and tower were reinforced to defend the village from the attacks of the Landsknechts and Alemanni. The stronghold lost its defensive role in the 18th century; a portion of the wall was eliminated to allow for a view of the lake and give more space to the vineyard that was later cultivated.

Along the Castle walls stands the church dedicated to St. Thomas of Canterbury, built between the 12th and the 13th centuries, it was consecrated in 1355. The Arch-Bishop of Milan, Carlo Borromeo converted it into an autonomous Parish in 1566, extricating it from the Dervio circumscription. The church was reworked at various times between the 18th and 19th century: in 1711 a bell tower, which can still be admired today, was erected. During the restoration work of 1966, the frescoes on its walls, very interesting works of the 15th and 14th centuries, were brought back to light. The churchyard has three gravestones of the Andreani Earls dating back to the 14th century, which attest to how important this noble family was to the village of Corenno Plinio. 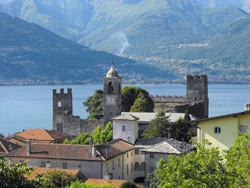 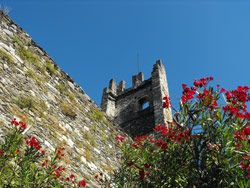 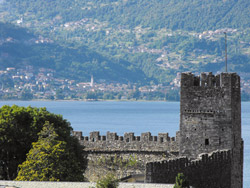 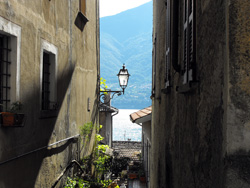 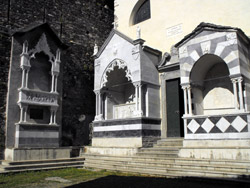 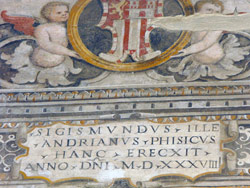 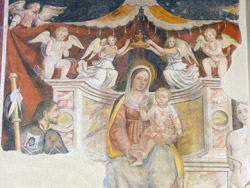 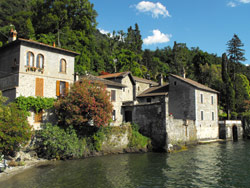