Church of Santi Quirico and Giulitta

The old Church of Santi Quirico and Giulitta appears in the municipality of Dervio, just a short passage away from the Varrone stream. Right next to the building itself, there’s a path that shoots up towards Pratolungo and other mountains hamlets. The church possesses some very ancient origins, and the first document to testify the presence of this antiquity is a laical testament from March of the year 804. According to some historians, the building was originally a private chapel, but over the years and after some modifications and alterations it was handed over to the church of Dervio for public use.

The nearly thousand-year-old Roman church bell, edified in 1080, rings throughout all the houses of Dervio, indisputably representing one of the oldest and best maintained bell towers in all of Lario. The massive tower is spread over three floors, each façade containing arched decorations, and splendid mullioned windows open on the belfry, which is also decorated with hanging arches.

The church, unlike the bell tower, has been remodeled several times over the centuries. These changes, made between the 16th and 17th centuries, have given it a Baroque appearance. In 1628 the three windows were opened on the facade and the portal was rebuilt. The last noteworthy modification dates back to 1919 when the exterior was plastered, done during the same period in which the church was declared a national monument.

The church of Ss. Quirico e Giulitta has a single nave with a gabled roof presiding over a rectangular plan, and above the altar we can appreciate a painting depicting the two martyrs and behind them San Sebastiano and San Rocco, although unfortunately the canvas is not in the most perfect of conditions. The worship of the Saints Quirico and Giulitta has very ancient origins; according to tradition, this is the story of a child named Quirico and his mother Giulitta killed during the Christian persecutions in the third century, whose anniversary is celebrated every June 16th. 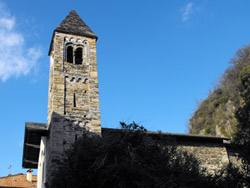 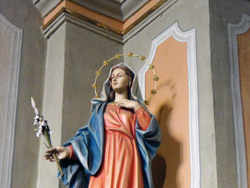 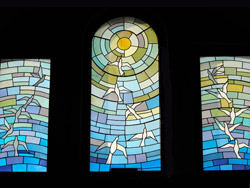 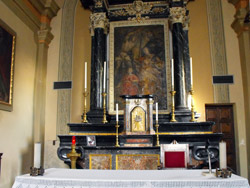 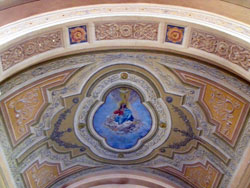 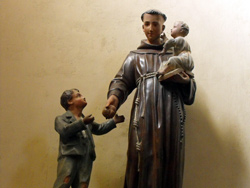 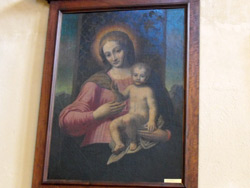