The Church of Saint Bartholomew in Domaso

The church of San Bartolomeo is located in the town of Domaso, in Church Square. The church documents date the founding of the parish back to 1247, the church was probably built on the former place of worship of the Romanesque period. At the end of the sixteenth century, Bishop Feliciano Ninguarda during a pastoral visit included the parish of Saint Bartholomew in the parish of Gravedona.

A seventeenth-century form and style building is developed with a single nave and with side chapels; in 1724 it underwent a major reconstruction, the continuous transformations of architectural styles during the centuries have cancelled the Romanesque appearance of the parish. Despite these radical restorations, valuable evidence of the Renaissance have come to this day: we remember the wooden crucifix behind the altar, the procession Cross in gold-plated silver, a work of the goldsmith of Como Pietro Lierni and the bas-relief located outside the church depicting a Piety of the school of Rodari (XV-XVI century).

Inside the church of San Bartolomeo we find frescoes of the eighteenth century, the works of the painter Pietro Ligari (1686 -1752), depicting the Martyrdom of St. Bartholomew and the life of St. Nicola of Bari. Of particular interest is the painting depicting the Madonna with the Child and St. Peter, attributed to Giulio Cesare Procaccini (1574-1625). A special mention deserves the chapel commissioned by Count Luigi Panizza, the Spanish governor of Fort Fuentes, buried here in 1639.

During the Recent restoration works was discovered a fifteenth-century fresco covered by subsequent plaster. The fresco depicts St. Peter the Martyr and the Trinity. Outside the parish we find the eighteenth-century Chapel of the Good Death decorated with a painting of the Deposition. 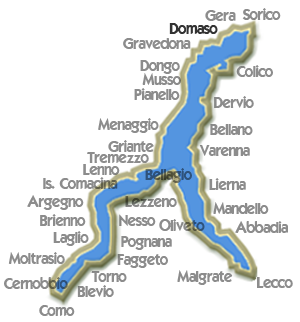 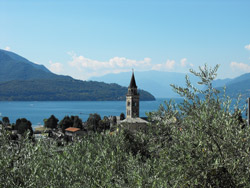 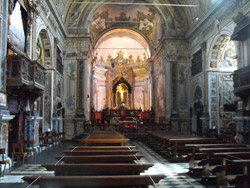 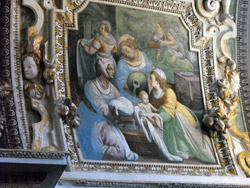 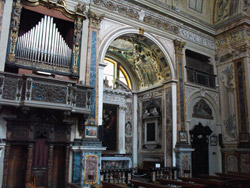 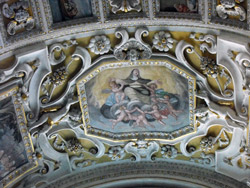 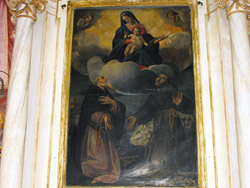 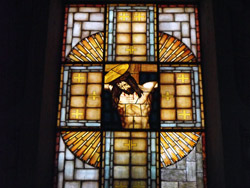 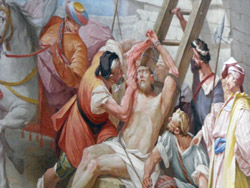