The parish church of Saints Nabore and Felice stands in Griante along the promenade dedicated to the German politician Konrad Adenauer (1876 - 1967), the church built on a small promontory faces east towards the central part of Lake Como and the peninsula of Bellagio. Of probable medieval origin, the church preserves a portion of a 14th-century fresco depicting the Adoration of the Three Kings in the Bethlehem grotto. In 1632, after some structural changes, the church was elevated to a city parish church thanks to the intervention of Bishop Lazzaro Carafino (1590 - 1665) who made a pastoral visit to these places in 1629.

During the eighteenth century the church of Saints Nabore and Felice was remodeled and further modified, the vault of the nave was completed and enlarged, the choir lengthened, the flooring redone and a new stone portal built. In the twentieth century the vault was decorated with medallions framed on splendid quadrature decorations, the paintings depict: the Victorious Christ, the Saints Nabore and Felice and a Virgin Mary with Child. In this church Achille Ratti (1857 - 1939) before becoming Pope Pius XI celebrated Holy Mass several times.

The church of Saints Nabore e Felice has a simple layout with a single nave with two side chapels and two transepts, at the entrance you’ll find the organ placed on the counter-façade, while on the back there are two wooden statues depicting Sant'Antonio da Padova and Sant'Agnese. On the left side of the church there is the baptistery and the chapel dedicated to the Virgin of the Rosary surrounded by magnificent stuccos, while in the chapel on the right there is the splendid altarpiece depicting the Assumption of the Virgin painted by Alessandro Maganza (1556 - 1632) a student of Tiziano. On the right wall you can admire a portion of the fourteenth-century fresco depicting the Adoration of the 3 Wise Men, the two paintings by Michelangelo Bellotti (1673-1744) positioned on the transepts of notable craftmanship, on the left the Martyrdom of San Nabore, while on the right the Martyrdom of San Felice. 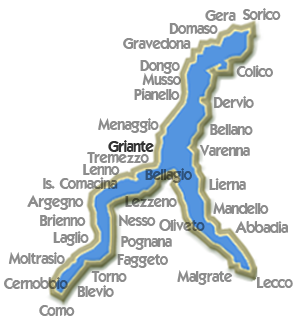 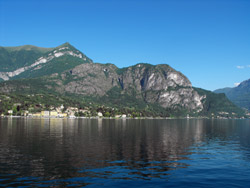 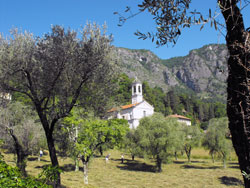 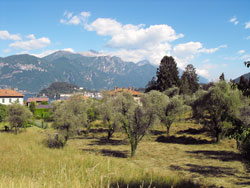 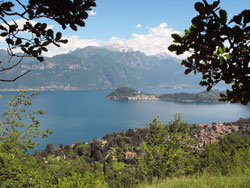 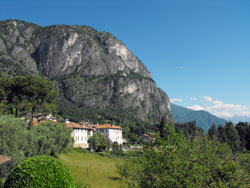 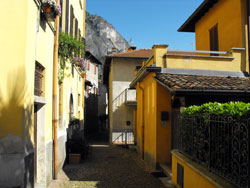 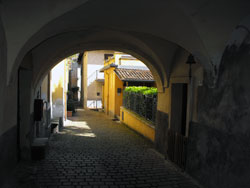 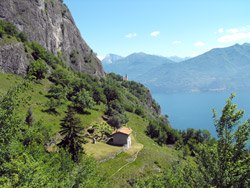