A curious, pyramid shaped funeral monument welcomes us in the Laglio cemetery; it holds the remains of the famous doctor Joseph Frank. Joseph Frank was born on October 22, 1771 in Ratastad in the Grand Duchy of Baden, to Elisabetta Willingsbak and Johann Peter Frank. He was a prestigious doctor, professor at Gottiga, Pavia, Vienna, good friend of Alessandro Volta.

Joseph Frank studied physics and medicine in Pavia, was trained by Volta, after graduating he taught in Poland, where he was nominated to be Imperial Family's Doctor and decorated by the orders of St. Vladimir and St. Anna. He transferred to lake Como in 1829 and purchased Villa Gallietta in Borgo Vico. Having arrived in Lario in poor health, he regained strength and health here. He wrote his best work in Como (Praxeos medicina universae praecepta). During his years on lake Como, he became famous for his generosity, to the needy ill, he offered his care gratis and even donated medicine to them. Having falling in love with Laglio, he chose its banks for his eternal rest. He died on October 17, 1842 in his villa, and 10 years later in 1852 he was buried in the large pyramid - 20 m tall and 13 m wide. He had left 25,000 Swiss francs in his will for its construction. The dedication on the tombstone inside the tomb reads: "You who set foot in this doorway, wish peace to a man who was truly among the most human of men."

Joseph Frank was a controversial man in those times - he lived his years on lake Como lavishly - his receptions were legendary. He was always able to surprise and amaze his guests. Also a vain man, he conceived the idea for the pyramid monument himself, and wanted it placed on the shores of lake Como, where at the time 75% of the illustrious European travelers passed. Upon his death, he left his possessions to Laglio, to the poor people as well as the town's church. Joseph never forgot about the needy people, who for years he had cared for without expecting anything in return. 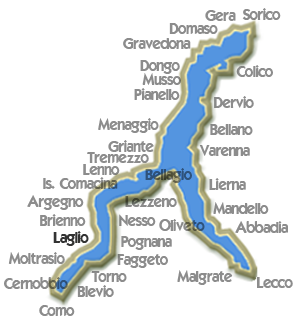 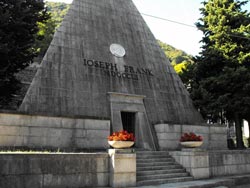 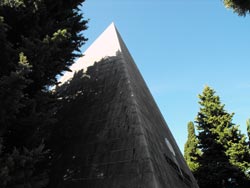 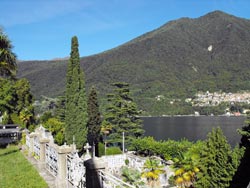 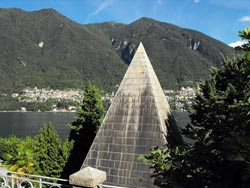 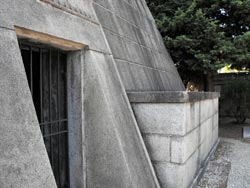 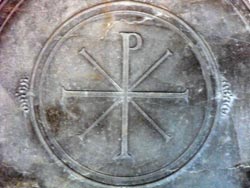 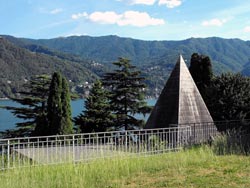 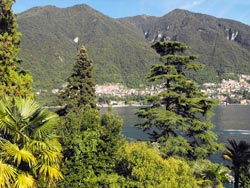