Parish church of San Leonardo.
The parish church of San Leonardo di Noblanc in Malgrate was reconstructed with three bell towers in the 16th century. At the beginning of the 19th century, famous architect Giuseppe Bovara (1781 - 1873) completely restored the building and in 1817 designed the enclosure for the organ. Inside the church we find the Baptistery built in 1660 and 1670 and the small chapel called "della Cintura" with a barrel vault and splendid rose windows. The wooden altar is decorated by gilded statues and 19th-century paintings by Lecco’s artist Giacomo Marelli.

Church of San Carlo al Porto.
The church of San Carlo al Porto was built at the end of the 17th century, the Marquises Recalcati wanted it to be built next to Palazzo Porto Superiore. The building has a single nave with a square floor plan and a domed roof. From the beginning of its construction, the church was under the jurisdiction of Lecco, in 1977 with the increasing population of Malgrate, it became the town’s parish church, and expanded using a part of Palazzo Recalcati. Inside, worth noting is an altarpiece portraying San Carlo with the Madonna and the angels, and the stain glass windows, the work of the artist Longaretti in 1978.

Church of Sant'Antonio Abate.
The ancient church of Sant'Antonio Abate stands in the town of Malgrate just a stone’s throw from Lake Como; it was built in the 15th century, thanks to the contribution of the Maggi Family. In the 18th, century the building was remodeled in Baroque style. Inside we find an interesting, 13th-century altar piece portraying Saints Antonio Abate and Antonio da Padova with the Mother and Child. To be noted is the portion of a fresco of the Crucifixion which dates back to the foundation of the church, the 15th century. 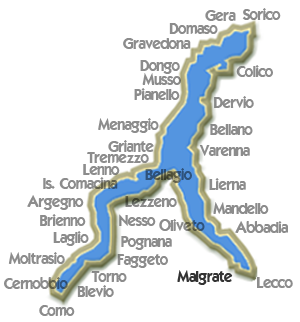 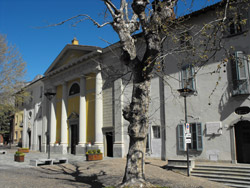 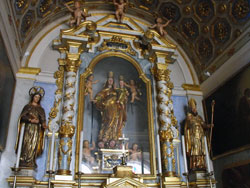 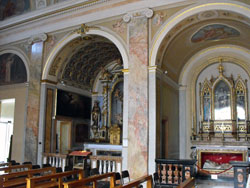 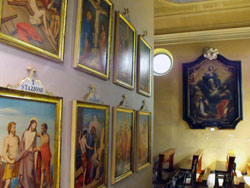 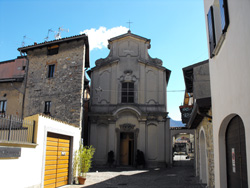 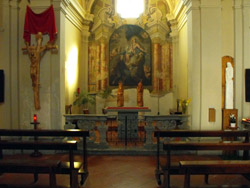 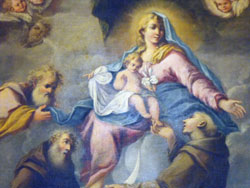 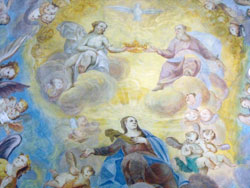