The churches of Pognana Lario

The church of Saint Miro is located in the village of Rovasco and is the oldest church we can admire in the area of Pognana Lario. The church was built in the twelfth century on an former worship place. The church was adjusted and extended in 1400, the entrance was opened on the cloister which is now on the left side of the parish. Ancient and precious is the bell tower, dated by scientists back to 1020, with the openings drawn, but not open.

Outside, on the left side of the building we find beautiful thirteenth century frescoes of the Byzantine tradition, depicting Saint Cristofero and a Holy Friar. On the inside there are other frescoes of Saint Cristofero and Madonna with the Child, on the altar there is a painting from the eighteenth-century oratory of the Saints Miro and Fedele, near the altar is placed a wooden sculpture of the famous local artist Bruno Luzzani.

The church of Saint Rocco is located in a short walk from the town of Canzaga, in a splendid panoramic position, the building dates back to the thirteenth century. Around 1467, when the parish church was recognized, the structural changes were made. At the base of the tower we can still see the traces of its Roman origin.

Towards the end of the fifteenth century, the dome was painted by the master Bartolomeo de Benzi. The artist had painted on the ceiling the four Doctors of the Church: St. Jerome, St. Augustine, St. Ambrose and St. Gregory the Great. The painting of the Trinity on the right side of the nave and a Madonna on the left side are also attributable to Benzi. In 1965 a scrupulous restoration returned to work the brilliance of colors and the clarity of the figures. 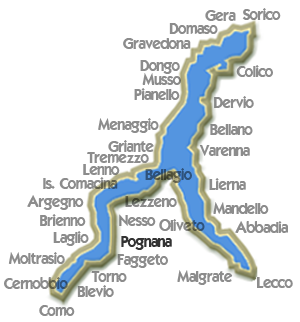 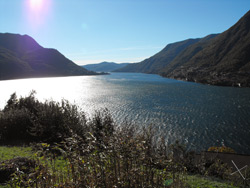 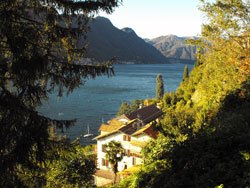 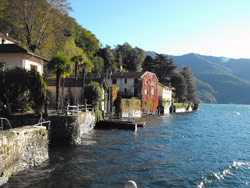 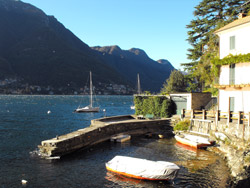 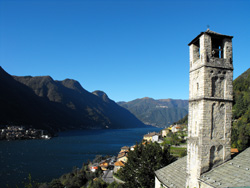 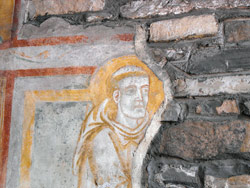 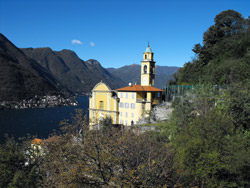 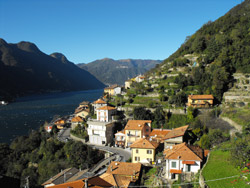