Today Vezio Castle, though still private property, is open to the public year-round. Normal hours are every day from 10:00 a.m. to sundown - April through October, and only Saturday and Sunday from 10:00 a.m. to sundown in winter months. The management of the Castle is entrusted to the Vezio Castle Tourist Association, a no - profit organisation who sees to its maintenance and promoting the events of various kinds that take place there.

Entering the walls that surround the tower, you will see the remains of this military outpost, used since the times of the Queen Teodolinda as a watchtower. The stone staircase allows you to access, passing on a drawbridge, the tower, with the possibility of reaching the top.

From here, the 360° view of Lake Como is unrivalled. You will meet the Castle Falconer, who will be more than happy to show you the Castle's birds of prey: screech owls, buzzards, falcons and many others, some times during the day you can also admire spectacular flights and even offer your arm to the birds for an easy landing.

Following the path, climb once again to arrive at the entrance of the vault, an outpost of the Cadorna Defence Line (1915-1918), which is said to have resisted a possible German invasion attempt from the Menaggio valley.

It is said that the famous Teodolinda, Queen of the Lombards, spending her final years in Perledo, had the Saint Martino church with the ancient bell tower, and the Vezio Castle built in order to leave a visible trace of her faith in Christianity. 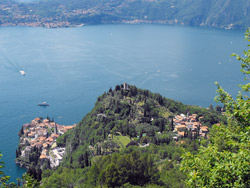 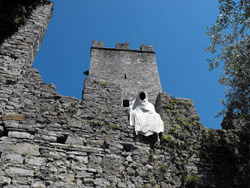 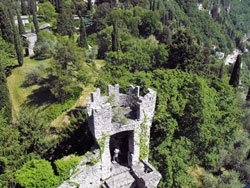 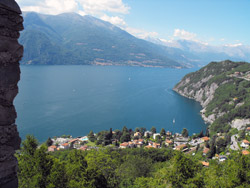 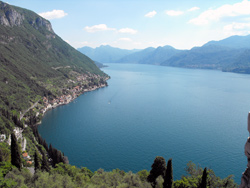 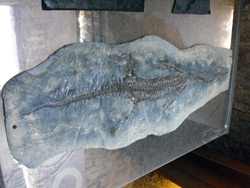 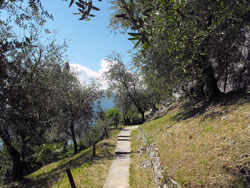 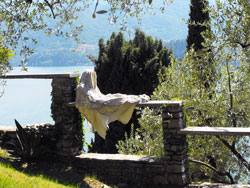