The churches of Faggeto Lario

Church of Our Lady of Sorrows or the church of Soldo - Palanzo.
The Church of Our Lady of Sorrows stands in a beautiful panoramic position outside the town of Palanzo. The parish also known with the name of the church of Soldo, was built in the sixteenth century and was dedicated to St. Jerome. Legend tells that the church was built by expiatory vote, after the inhabitants had refused to cede the land to St. Charles Borromeo for the construction of a church. In the early eighteenth century the church was enlarged in the plant and the portico was created, during the same years it was dedicated to the Blessed Virgin Mary of Sorrows. Other restoration works took place in 1874, the church was repaved and painted, in 1977 by the will and the resources of the Alpine Group of Palanzo the portico was rebuilt.

Church of Saint Margherita - Molina.
In the hamlet of Molina we find the ancient church of Saint Margherita, now the cemetery chapel. The church was built in the eleventh century and completely rebuilt in the sixteenth century. Interesting is a Romanesque bell tower of the eleventh century with three rows of mullioned windows. A valuable portion of the fresco of the thirteenth century, located on the outside of the building, depicts the Last Supper. You can see Jesus and the Apostles; the painting has been recently restored.

Saint George's Church - Lemna.
The church of Saint George is located in the hamlet of Lemna, the building was completely rebuilt in the eighteenth century; during the restoration work in 1927 the remains of the former bell tower, dating back to the eleventh century, were found. Inside there are two paintings of the eighteenth century and two ancient marble slabs with inscriptions dating back to 1315 and 1316, most likely coming from the ancient church of Saint Alessandro. Interesting is the organ of the nineteenth century. 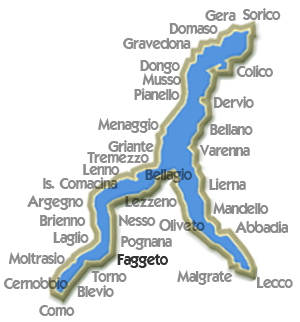 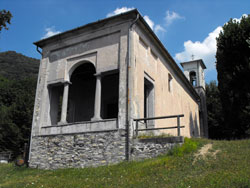 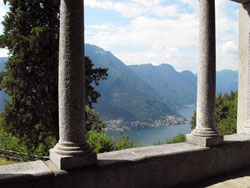 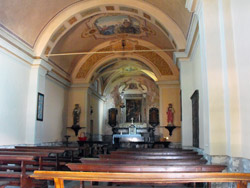 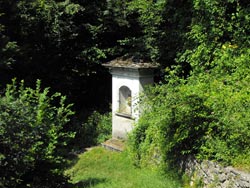 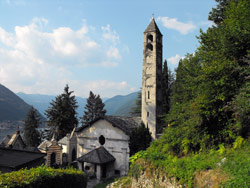 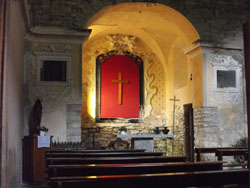 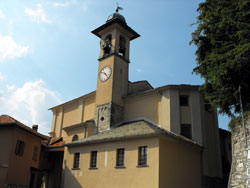 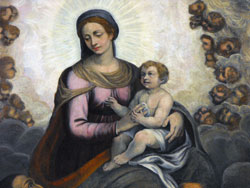