The Church of San Vincenzo in Gera Lario

The Romanesque church of San Vincenzo in Gera Lario stands close to the ancient Strada Regina and the San Vincenzo river. Built at the end of the 11th century over the remains of an old Roman villa, it was renovated and expanded in the 15th century. Some parts of the previous structure were incorporated within the new, larger form in which it can be seen today. The church’s single nave, which features an exposed wooden roof and rafters, is divided into bays by three arches reaching down to the floor. The upper section of the church’s façade features decorative arches, while the left hand jamb shaft of the portal contains a Roman stone inscription from the 4th century. The imposing belltower, with its two tiers of single-light windows, has undergone a series of modifications over the centuries. The interior of the church of San Vincenzo contains wonderful frescoes from the Lombard school of the 16th century as well as two fine altarpieces. In 1965, restoration work on the church led to the discovery of the remains of a Roman floor from the 2nd century AD, the foundations of the original church and some sections of wall in Moltrasio limestone.

The church of Nostra Signora di Fatima in Gera Lario

The church of Nostra Signora di Fatima (Our Lady of Fatima) is located in the main square of Gera Lario. Built in 1634, it was originally dedicated to the Immaculate Conception. The decoration of the church’s interior walls was paid for by donations received from local fishermen. The terrible flooding of 1951 caused serious damage to the church. Taking some ten years to complete, the subsequent restoration work was made possible by donations from churchgoers and the dedication of Don Luigi Bianchi, who was the parish priest of Gera Lario from 1956 to 2006. In 1963, the Bishop of Como, Felice Bonomini, consecrated the restored church as the Santuario dei Pescatori (Sanctuary of the Fishermen). Some years later, a visit from the Bishop of the town of Fatima, in Portugal, Venancio Pereira, saw the start of a spiritual dialogue between Gera Lario and its Portuguese counterpart and the church was subsequently renamed Nostra Signora di Fatima. The church has a single nave and two side chapels. Its interior contains several interesting 17th century frescoes and a statue of the Madonna from Fatima, which was blessed by Pope John XXIII in 1959. 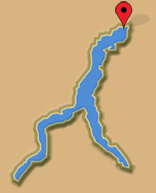 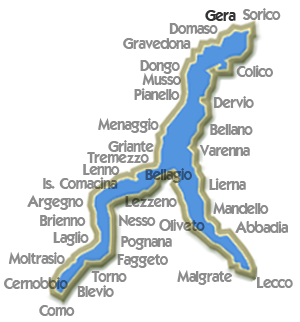 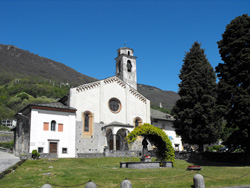 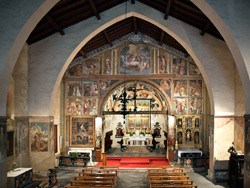 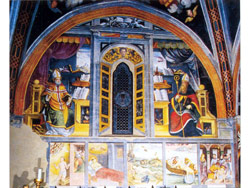 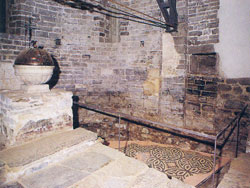 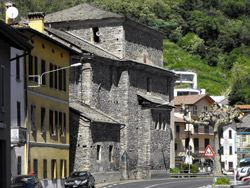 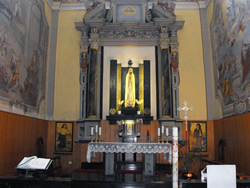 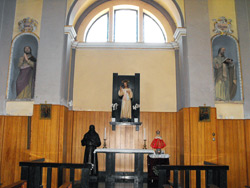 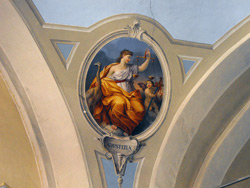