Castel Baradello is located in Parco Spina Verde, in the town of Como. It stands on a hill in an amazing panoramic location, with Lake Como and the Alps to the north, to the south the Padana plain and the city of Milan. The Baradello Hill stronghold is of ancient origins, Emperor Fredrick Barbarossa reconstructed the castle in 1158, atop the remains of the earlier 6th-century Byzantine construction. The Tower of Castle was built during that same period, the 17th century. The tower has a square floorplan, of 8.5 meters per side, and is almost 30 meters high. The imposing tower can be seen from a remarkable distance, and plays the role of point of reference for the Lake Como’s first water basin.

There were other buildings in the castle: the ancient, 6th-century church of Saint Nicolò, soldier housing, warehouses, a cistern, an area for grinding the wheat, and an oven. Many historical events followed one after the other through the centuries, such as the famous one in 1277 when Ottone Visconti, winner of the Battle of Desio, locked Napo Torriani in a cage for a year and a half, who then died of starvation and was buried in the little church of Saint Nicolò. In 1527, under the Spanish domination, the castle was demolished in order to keep the French from conquering it, the tower was the only things saved from the destruction. In the 17th century, the hill became the property of Gerolomini monks, and in 1773 passed to the Venino family, and later to Cav. Castellini.

In 1903, architect Luigi Perrone was commissioned by a city committee with the task of restoring the Torre del Baradello. In 1927, Teresa Rimoldi, the final heiress of Cav. Castellini, donated the Castle and the Tower to the Sant’Anna hospital and the city of Como. In 1970, architect Luigi Mario Belloni carried out a careful campaign of excavations and restorations, bringing interesting finds to light and rewriting the layout of the missing buildings. Today you can visit the Tower Museum, from April to September, on Saturday and Sunday afternoons from 14:00 to18:00. Inside the archeological finds from the digs carried out in the 70s and the latest ones which took place from 2008 - 2010. 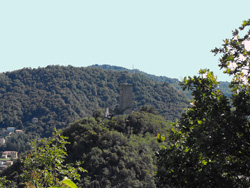 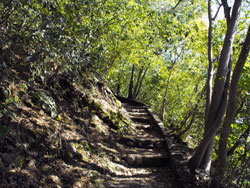 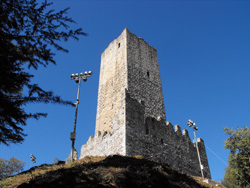 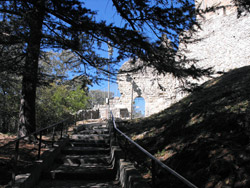 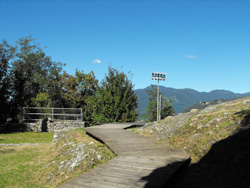 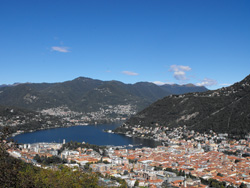 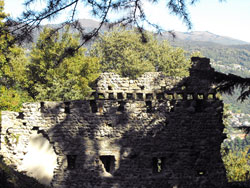 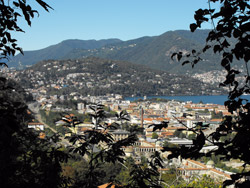