Basilica of Saint Abbondio in Como

The Sant'Abbondio Basilica is found outside Como’s ancient city walls near via Regina, the ancient road along the hillside that traces Lake Como’s western shore. Built between 1050 and 1085, on the site where a paleo-Christian dedicated to Saints Peter and Paul had stood. The basilica was consecrated in 1095 by Pope Urban II, travelling through Como on his way to the Council of Clermond Ferrand, where he announced the beginning of the First Crusade. Through the centuries the church was remodeled, in 1500 the remodel work profoundly changed the Medieval structures. In 1863, the church regained its Romanesque appearance, thanks to the restoration work of Serafino Balestra (1831-1886).

The Sant'Abbondio Basilica is one of Lake Como’s oldest and most interesting Romanesque churches. Its sleek shape, the twin bell towers and the plain façade recall an uncommon style for that age. It is supposed that the original construction styles of Burgundy and Normandy were desired by the Benedictine monks, mostly coming from France, who lived in the monastery annexed to the basilica. Today, after various restorations, the monastery hosts the Law Department of the Università degli Studi dell'Insubria.

The Sant'Abbondio Basilica unwinds across five naves, the classrooms are spaced out by grand pilasters and granite columns. In the central aisle there are gravestones of the Bishops of Como, among which, that of Cardinal Angelo Maria Durini (1725-1796). Next to the main altar we find a statue of Sant'Abbondio, attributed to Tommaso Rodari at the end of the 15th century. The pictorial cycle in the basilica’s choir loft is noteworthy, and the frescoes of the Birth and the Passion of Jesus were realized in the 14th century by an unknown Lombardy painter. To the sides of the entrance portal, we can admire two splendid 17th century canvases: Giovan Battista Crespi’s Assumption of Mary, and Giovan Battista Recchi’s St. Abbondio with a Child. 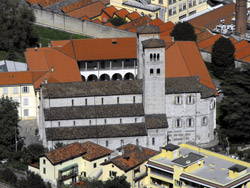 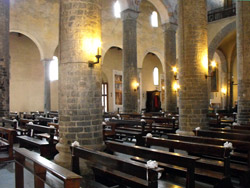 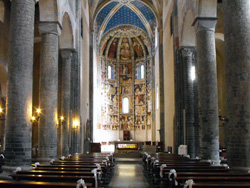 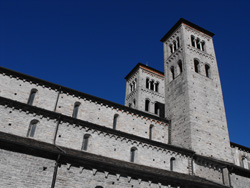 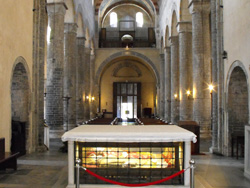 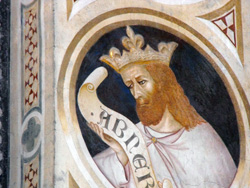 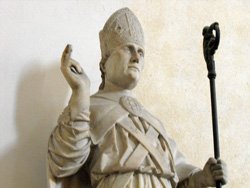 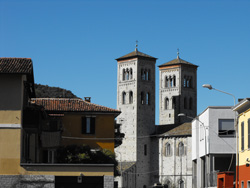