The Bellano Ravine is a natural gorge, formed over 15 million years by the waters of the Pioverna torrent, which dug a deep ravine between Taceno, Valsassina and Bellano. The peculiarity of the Ravine is in the chance to travel a stretch inside the ravine walking along footbridges attached to the rocks, walking in deafening meanderings which overlook dizzying cliffs.

The route is very striking, among waterfalls and natural caves, breathtaking panoramas and lush vegetation, the sun reflects in the ravines, creating incredible rays. Legend has it that a warrior named Taino, who local imagination would have buried in the very depths of the Bellano Ravine, together with his immense treasure, guarded by an enormous stone covering the grave. The power of the waters throughout the centuries was used for working iron and in tanning hides. Today the waterfall's force is used to feed two hydro-electric plants.

Guarding the Ravine, on a crag of the Pioverna River stands the Devil's House; a curious little tower - neither the origin nor function of which is known. The tower rises up four levels as an irregular hexagon connected by a spiral staircase. It is said that licentious parties were held inside it, accompanied by Satanic rituals and evocations of evil. Its name is tied to mythological figures, among which a Satyr that decorates the façade of the towers top floor. 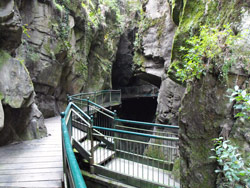 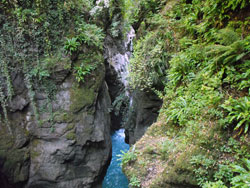 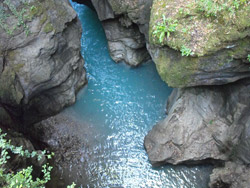 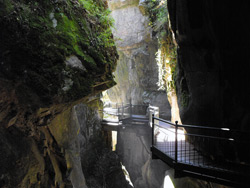 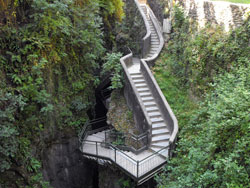 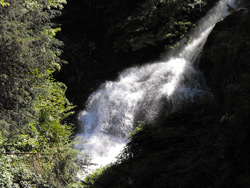 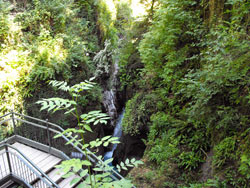 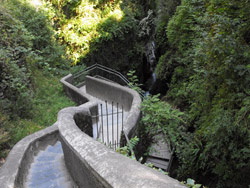