Church of St. Stefano and Baptistery of St. John

Church of St. Stefano and Baptistery of St. John in Lenno

The church of Saint Stefano and the Baptistery dedicated to Saint John the Baptist, are located in the village of Lenno, a short distance from the shores of Lake Como. The two buildings very likely were part of a large complex. In 1593, during a pastoral visit, Bishop Ninguarda described two other chapels, one dedicated to St. Zeno and the other to St. Mary and the presence of a small cemetery. Beginning in the 17th century, part of the buildings was removed, with the exception of the Church of Saint Stefano and the nearby baptistery of Saint John.

The church of St. Stefano was built in Romanesque style during in the 11th century, and was altered several times between 1500 and 1600. The building unwinds across three naves with lateral chapels, the stone walls of moltrasina stone are plastered externally. Inside we find the remains of 14th century frescoes from the school of Luini. The underground chapel, which is reached via the two trap doors located in the center nave, is of great interest. The trapezoid-shaped crypt, dating back to the 11th century, is divided into 5 bays with cross vaulted columns, there are three small apses with windows at the back of the hall.

The Romanesque baptistery of St. John the Baptist was built at the end of the 11th century, was constructed using blocks of moltrasina stone. The building has an octagonal shape, at the top is a small, square bell tower, inside we find the remnants of the Medieval frescoes and Baroque paintings. Lenno’s baptistery is the Romanesque building that has best conserved its original appearance in the Lake Como area. Today the baptistery hosts contemporary art exhibits. 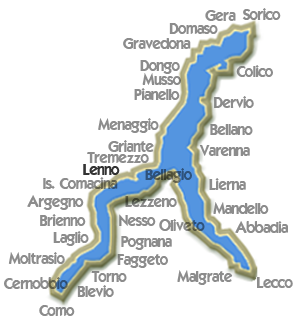 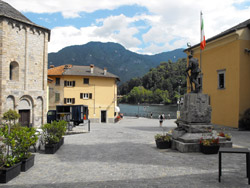 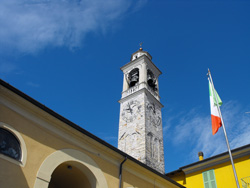 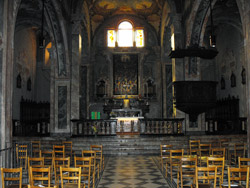 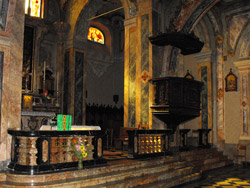 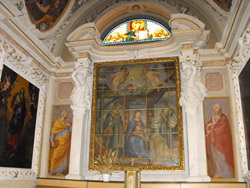 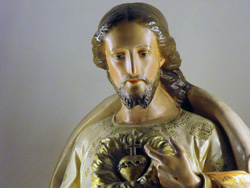 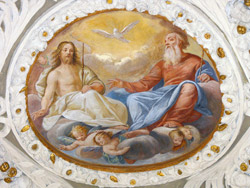 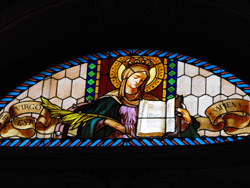