It was 1919, when Carlo Guzzi, technical genius and design engineer, constructe with the help of Giorgio Ripamonti, his first motorcycle. The motorcycle, a mono-cylindrical, 500 cc, 4 stroke, was presented to Emanuele Vittorio Parodi, a wealthy shipowner from Genoa, who agreed to finance them to start up a motorcycle factory. This was how Carlo Guzzi and Giorgio Parodi, son of Emanuele founded at Mandello Lario the Società Anonima ("Joint Stock Company") Moto Guzzi: it was March 15, 1921. On the first motorcycles made, the letters G.P. appeared; the initials of Guzzi and Parodi, but in order to avoid confusion with Giorgio Parodi's initials, the subsequent models were branded Moto Guzzi. The logo's eagle was added later, in memory of their friend Giovanni Ravelli who had died in an airplane accident. In order to make the brand known, Carlo decided to debut it in races, and it was an immediately a success: in September of 1921 the motorcycle driven by Gino Finzi arrived first in the famous targa Florio (a race).

It was the beginning of a series of successes which, between 1921 and 1957 would bring the company of Mandello del Lario to achieve 14 world-wide titles. In the 1960s with withdrawl from racing, the death of the founder, the oppressive crisis which struck the motorcycle sector obscured the image of the glorious Italian brand. In 1971 the legendary V7 Sport was introduced and was a extraordinary success. Handed over, in 1973, to the De Tomaso group, production was concentrated aaround the development of the two-cylinder V configuration motor, which has now become the brand's distinctive characteristic. The motorcycles of the 1990s, from the California and Nevada series, to that of the V11 Sport, are the fruit of that research and tradition that have always characterized the Lariano brand. Since 2000, Moto Guzzi is part of the Aprilia group. 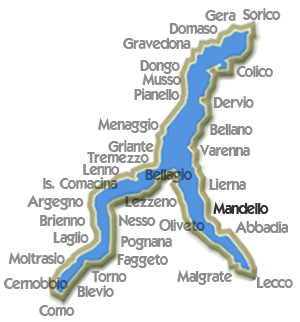 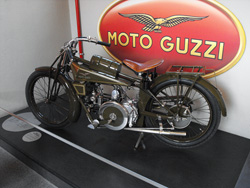 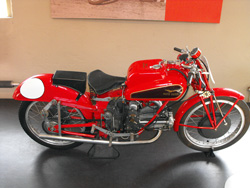 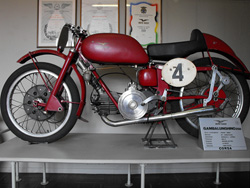 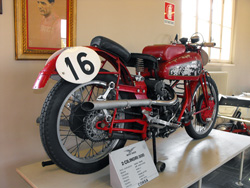 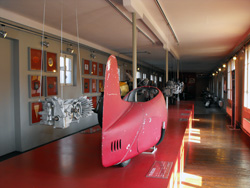 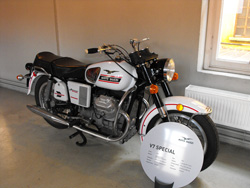 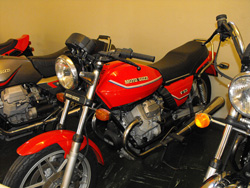 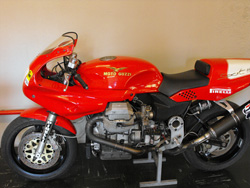