The International Museum of Vintage Boats in Pianello del Lario

The Museo della Barca Lariana is located in the ancient Filanda Erba in Calozzo di Pianello del Lario. The industrial building, built in the mid-19th century, houses over four hundred historic boats and numerous nautical memorabilia from all over the world. The idea of conserving a historical memory linked to the boating of Lake Como came to Gian Alberto Zanoletti at the end of the seventies of the last century, the museum was inaugurated in 1982 and immediately enjoyed a well-deserved success. In 2018, after a long period of closure, the Lariana Boat Museum reopened its gates, renovating the exhibition spaces and adding new hulls to a collection unique worldwide.

For centuries boats have been the main means of work and connection for the coastal populations of Lake Como, the large boats (Comballi and Gondolas) helped by the constant winds of Breva and Tivano were able to transport large quantities of goods from one bank of Lario to the other. Each room of the museum tells a story and gives an emotion, the hulls on display are so many that one visit is not enough to satisfy the desire to know and explore a theme or an era. In the exhibition halls there are sailboats, pleasure and racing motorboats, gondolas, typical Como boats, work boats, engines, sails, oars and other nautical instruments.

The visit to the Lariana Boat Museum takes place on three levels. In the reception hall you can admire the Laura Iª of the Abbate shipyards which in 1953 set the world speed record, while outside you’ll find a Lariana Gondola, the Balilla steamer and the hydrofoil Freccia dei Gerani. All the hulls are accompanied by multilingual captions and by scanning the QR codes it is possible to listen to the audio files relating to the boats.The videos are also very interesting, where the protagonists of the past reveal anecdotes and curiosities of a nautical sector that no longer exists. For more information, timetables and fares: www.museobarcalariana.it 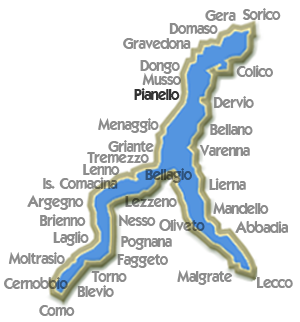 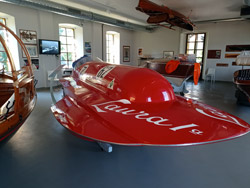 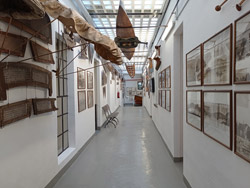 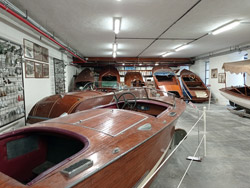 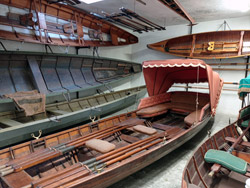 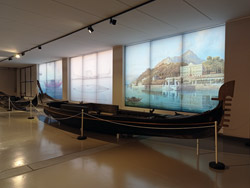 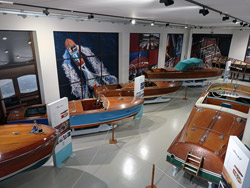 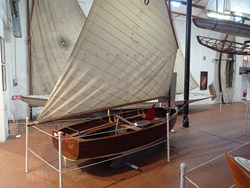 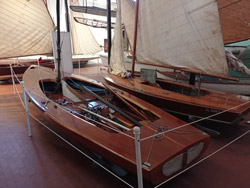