Church of San Giovanni in Torno

The church of San Giovanni stands in the oldest part of Torno. Built in the 12th century in the Gothic –Romanesque style, it is thought to have been erected over an existing place of worship. The church was expanded in the 15th century and subsequently underwent modifications between 1600 and 1700. The work on the entrance portal in marble by sculptors from the Rodari school (15th century) is very similar to that found on the Duomo in Como. The tall, imposing bell tower in plain brickwork has one floor of single light windows and two featuring two-light mullioned windows.

The church’s single nave is divided into six bays, with pointed arches characteristic of the Gothic style. The interior contains a large number of paintings and sculptures, 17th century frescoes from the school of Fiammenghino, as well as areas of wall decorated with 15th century frescoes. Also of interest is a painting by Giovanni Battista Trotti (known also as il Malosso, 1555-1619) depicting the Conversion of Saint Paul.

The most interesting of the church’s relics is the Santo Chiodo, or Holy Nail, one of the nails used in the crucifixion of Christ. According to legend, the nail was given to the people of the town by a German bishop who sought refuge there on his way back home from the Crusades in 1099. The nail is kept in a casket locked by seven keys, one of which is held by the town’s parish priest, with the other six kept by a number of the town’s historic families. For nine centuries, the nail has been an object of veneration for the town’s inhabitants. On every first Sunday in May, the casket containing the nail is carried out at the head of a procession. During the feast day for Saint John (the last Sunday in June), the nail is taken out of the casket and placed in a copper vase full to the brim with water. The water is then distributed to the sick and infirm. 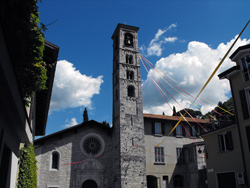 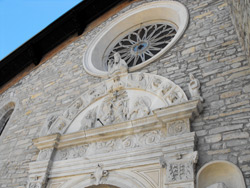 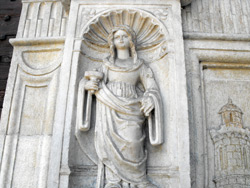 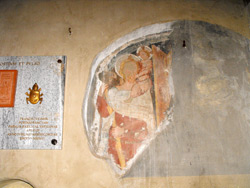 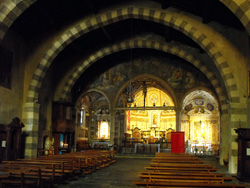 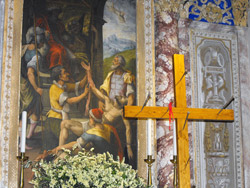 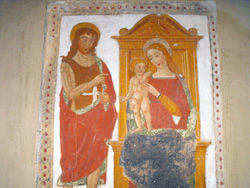 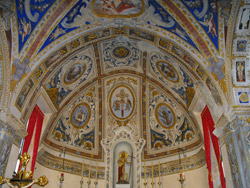