The Pietra Pendula and the Massi Avelli of Torno

Montepiatto and Piazzaga are mountain hamlets belonging to the municipality of Torno that can be reached via two mule tracks branching off from Largo degli Alpini, in the upper part of the town. The track leading off to the left is also accessible by off-road vehicle or jeep, but special authorization is required to use it. The right-hand track on the other hand, is only accessible on foot, and offers magnificent views of lake Como and the surrounding mountains. It takes less than an hour’s walk from Torno to reach Montepiatto. From here, a path leads off to the north, towards Piazzaga, Molina and Faggeto Lario, while a south-going path cuts across the Monti di Blevio in the direction of Brunate. Alternatively, it’s possible to carry on upwards to Monte Croce d'Ardona, and join up with the other paths that criss-cross the Triangolo Lariano (the triangle-shaped area of land lying between Como, Bellagio, and Lecco).

Having reached Montepiatto, a short walk brings us to the church of Santa Elisabetta. Standing at the highest point of the village, at approximately 650 metres, the church was built in the 16th century by the nuns from the Sacred Heart order of Varese. Close by is the famous ‘Pietra Pendula’ (Hanging Rock), a granodiorite mass transported here by glacial action during the Pleistocene period, more than two million years ago. The mass rests on a narrow base of limestone which has in all likelihood been whittled down to accentuate the ‘mushroom’ shape. In 1984, the Lombardy Regional Authority officially declared the Pietra Pendula a natural monument.

Meanwhile, in the woods around Piazzaga, a special archaeological trail provides precise directions to the locations of the massi avelli - mysterious ‘bathtub’ shaped tombs dug into boulders and set on an east-west axis – that are dotted about the area. The tombs were probably used for the burial of high-ranking individuals, but in the absence of grave goods, dating them has proved difficult. Some archaeologists believe they are from the Roman era, while others date them to between the 5th and 6th century AD, during the Longobard occupation of the Lake Como area. Special thanks must go to the associations of Torno who look after the area and ensure that it can be safely enjoyed by all visitors. 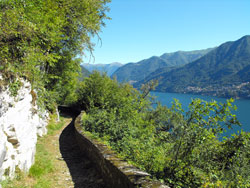 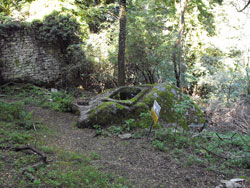 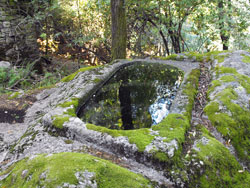 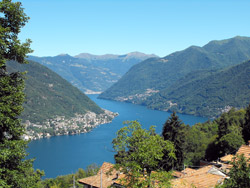 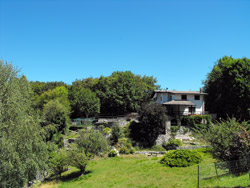 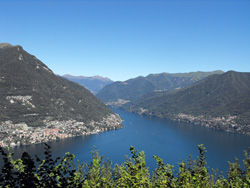 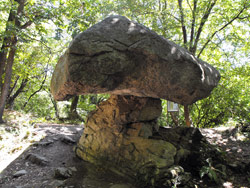 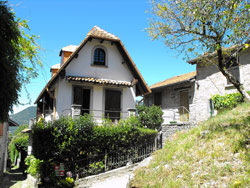