Church of Santa Tecla in Torno

The church of Santa Tecla is located in Torno’s piazza Casartelli. Close to the port and just a matter of metres from the waters of the lake, the church is of medieval origin, as testified by its solid Romanesque bell tower. It was first documented in correspondence between Pope Innocent III (1161 - 1216) and the abbot of the church of Sant'Abbondio of Como in 1208. The façade of the church features a large gothic rose window, above which is a small niche containing a statue of Santa Tecla. An incision on the entrance portal indicates the year 1480.

Santa Tecla is a single nave church divided into four bays. On the vaults of the nave and chancel it is possible to admire frescoes by the painter Beghi executed in 1908, while the lateral walls are decorated with frescoes by Bartolomeo De Benzi. For several centuries, the church also contained a depiction of the Assumption of the Virgin Mary by Andrea De Passeris, which is now held in Milan’s Pinacoteca di Brera gallery.

De Benzi and De Passeris were both Torno natives, and were key figures in the development in the 15th and 16th centuries of the Larian school of painting. Also worthy of particular note is a 16th century wood sculpture depicting a Lamentation of Christ with Mourners on which the original polychromy can still be seen.

Over the centuries, the church has been expanded and restructured on a number of occasions. In the 17th century, major structural modifications were undertaken, while, towards the end of the 20th century, both the interior and exterior of the church were renovated. Finally, between 2010 and 2012, work was carried out to restore the bell tower. Now, following the completion of this careful, painstaking restoration work, the church of Santa Tecla, whose images is reflected majestically in the waters of the lake, can now be admired in all its splendour. 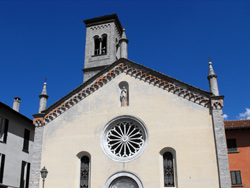 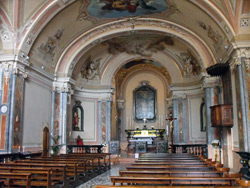 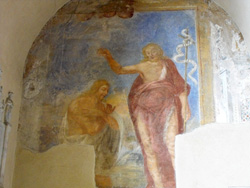 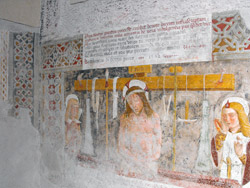 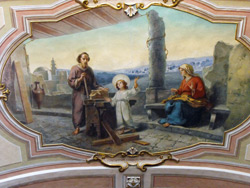 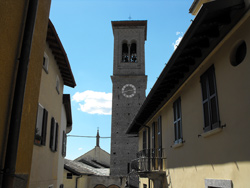 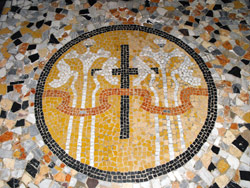