Church of Sant’Agata in Moltrasio

The church of Sant'Agata, located in the Vignola area of Moltrasio, is a wonderful example of Lombard Romanesque architecture. Built in the eleventh century, it is situated on the Via Regina, the route connecting Como with the Valchiavenna. The church has two naves, divided into three bays by semi-circular arches. Its walls, in Moltrasio limestone, are decorated with small ornamental arches.

Originally the church had just one nave, but the façade and roof were later extended on the right-hand side to accommodate the addition of a second nave. This work is thought to have been carried out towards the end of the fourteenth century. Sant’Agata’s imposing belltower has two floors of single-light windows and one of two-light mullioned windows.

The external wall of the church bears two frescoes - a large one depicting Saint Christopher and a much smaller one showing the martyrdom of Saint Agatha. The two frescos were executed in two different eras and were in all likelihood carried out some centuries after the church was built. Inside the church are a number of other frescoes. The fresco on the right-hand wall close to the main apse, showing three figures, one of whom enthroned and crowned, is thought to date to the period of the church’s construction. The fresco of Saint Lucy on the third of the arches separating the two naves is from the 15th century, while the frescoes of the Nursing Madonna and of the Madonna enthroned are from the 16th century.

By the 17th century, the church had fallen into disuse and was used as a ‘lazzaretto’ (a plague hospital) during the frequent epidemics. By the 19th century, the church, in a state of almost complete abandonment, was considered an oratory. But the people of Moltrasio, who had a long-standing tradition of devotion to Sicilian-born Saint Agatha, did everything they could to preserve the place of worship. During the 20th century, the church underwent restoration work on several occasions. The most recent major restoration, carried out in 2006, uncovered portions of a number of 16th century frescoes. 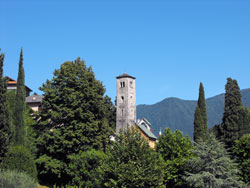 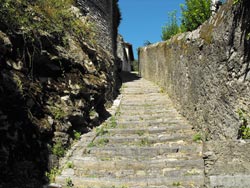 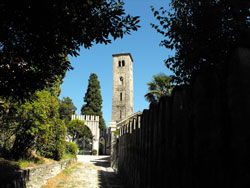 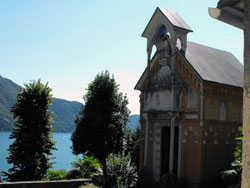 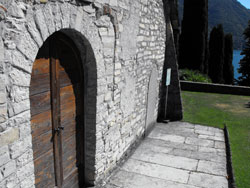 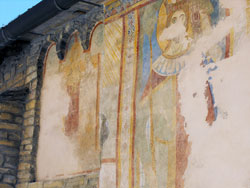 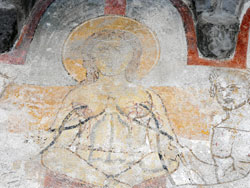 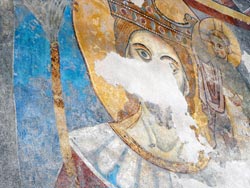