Villa of Este in Cernobbio on lake Como

Villa d'Este, immersed in an extensive park and transformed in 1873 into one of Europe's most luxurious hotels. Entrance is reserved to clients, but if you have lunch at the Sporting Grill, an annex to the hotel, you can see from the outside building's splendid architecture.

It is a wide open natural space, organized in the last decades of the 18th century, almost ignoring the presence of the lake, as if it were, rather, a portion of the garden at the alpine foothills. Entering this way brings on the materialisation of the neo-classical civilization, during which Ugo Foscolo, in Odi (hatreds) and in Grazie (favour) was clear and convincing. A religion; a taste perfectly in tune with the tastes of Comaschi (people of Como) and Milanese aristocrats. Even in the sheltered gulf of Balbianello, on the summit of which, Cardinal Gallio had another splendid residence built.

The distinctive view of one of the vessels which make up the double water chain conducted in the gardens of Villa d'Este indicates the final portion of the cypress-lined road, framed by the scenic 17 th century, multi-coloured pebble nypheaum mosaic, at the bottom of which, is a site reserved for the escape to the world of mythological culture, stand the temple of Ercole and Licia.

The villa was built in 1568 by Cardinal Tolomeo Gallio and has had various owners. In 1814 it was purchased by the capricious Carolina di Brunswick, Princess of Wales, and in 1868 accommodated the Empress of Russia, Maria Fedorovna, who remained for two years, for how much she enjoyed the lake's mild and relaxing climate. 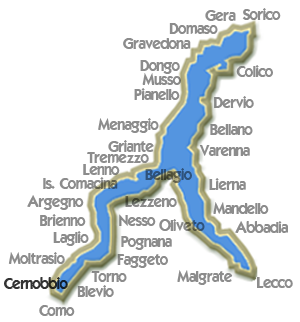 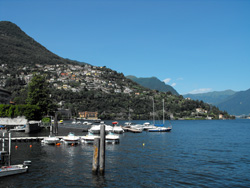 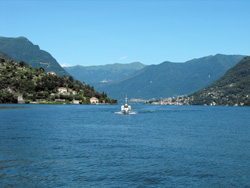 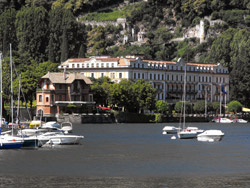 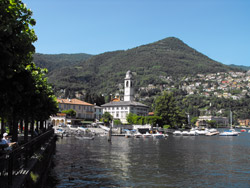 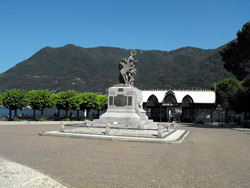 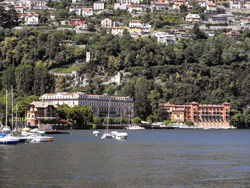 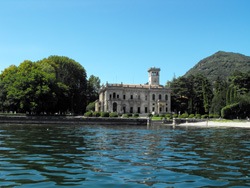 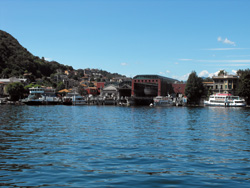